Elections and Markets – Does Who Wins the Upcoming Election Really Matter for Your Portfolio? 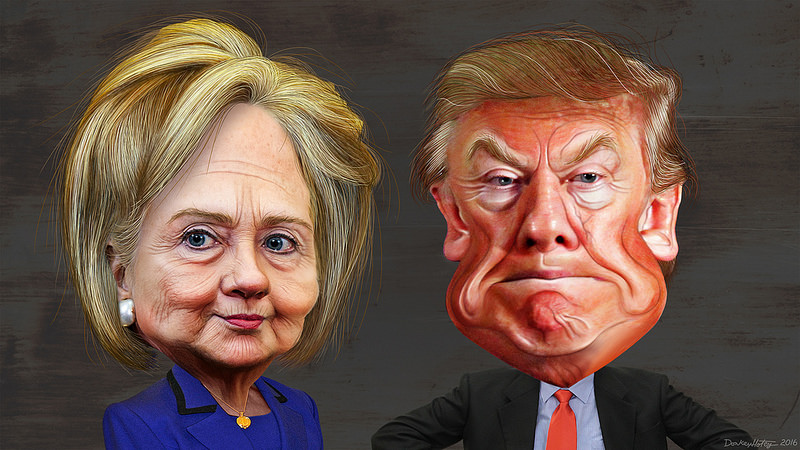 It seems like everyone is charged up about politics these days.  My Facebook feed is peppered with posts on the subject, from commentary for or against certain candidates to complaints about too many opinionated political posts.  This election season seems to be more amplified than usual given two candidates who are largely unpopular to the broad population.  Now that we are within 75 days of Election Day, I rarely have a client meeting where I am not asked how the campaigns and election results may impact the markets and client portfolios.

In this piece, I will take a look at the history around how stocks have performed in the context of which political party was in power in Washington D.C.  I will also offer my thoughts on whether the current presidential race between Donald Trump and Hillary Clinton may be different.

When looking at the historical numbers regarding U.S. stock market returns and the party in power, a few key points stand out:

Now before your political leanings boil up the pride or counter-argument, consider that Princeton economist Alan Blinder, a prominent liberal economist, mostly attributes the difference to “good luck.”  He says, “Democratic presidents have experienced, on average, better oil shocks than Republicans, and better legacy of (utilization-adjusted) productivity shocks, and more optimistic consumer expectations.”2  In other words, the Democrats’ numbers have benefited from good timing and factors outside of the President’s control such as oil prices and productivity advances.  The Herbert Hoover administration that came to power right before the start of the Great Depression was particularly hard on the Republicans, with stocks down 82.8% during his time in office.1

It is my belief that presidential elections and the parties they install in Washington do not substantially impact the stock market and economy over time.  While I don’t mean to discount the importance of government, politics is only one of many factors that influence economic growth and markets over time.  There tend to be more important variables such as corporate earnings, inflation, global demand, and other economic forces.

I think the impact of politics on the stock market is similar to the wind at an Olympic sprinting event.  While a tailwind or headwind can have a mild impact on the speed of the race, it does not impact the direction of the runners or the winner of the race.

This spike in volatility is confirmation of what most stock market observers believe – that markets dislike uncertainty.  Once the outcome is known and there is more certainty as to the policy direction in Washington, volatility levels decline.  We would anticipate a similar trend this year.

Many have posed the question – given the two presidential candidates, is this election different?  While no one can accurately predict the future, I don’t think it will be much different.  We have had unlikable candidates before, and closely contested elections.

If the presidential candidate or political party that you prefer does not win, take solace in the fact that our divided government structure was designed by the founders to provide checks and balances for the three branches of government.  The president does not have carte blanche authority to implement policy.  There is a very good chance that one party will not control both the White House and Congress.  The Senate must still approve trade treaties.  The House of Representatives is chiefly responsible for government spending, or “powers of the purse.”  The Supreme Court still passes judgement as to the legal standing of the action of the other two branches of government.

I do believe that good public policy can help our economy grow faster, and strong leadership can help shape the future to be better for all of us.  I encourage you to exercise your right to vote this election season and participate in the democratic process that makes our country great, and often goes underappreciated by those to take this valuable right for granted.

For more information, schedule a meeting by clicking below, contact Lucas Bucl –lbucl@makinglifecount.com, or call (913) 345-1881.