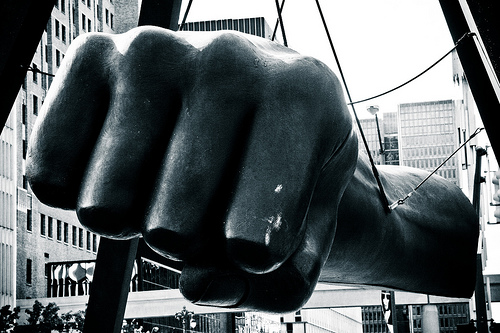 The city that brought us Joe Lewis, Motown Records, and our cars for the past eight decades can’t pay the rent.  What happened?  In the 1950s, Detroit bustled with nearly two million residents and economics were rising fast during the post-war boom.  The late 50s and 60s brought suburbanization to Detroit along with countless other cities across the U.S.  The exodus of middle-class citizens from the city of Detroit had begun.  The riots in 1967 expedited the flight of people, jobs, and dollars from the city.  This migration has plagued the city for nearly 50 years as it grapples with a decreasing tax base, large physical area to maintain, and inefficiencies and corruption of a city government that aided the issue.  Today, the city stands with just 700,000 residents, countless abandoned buildings, and one of the worst violent crime rates in the country.

So, our prognosis for what is next…

In the short term, creditors of the city of Detroit will stand in line to collect pennies on the dollar.  City employees will be forced to concede wage and benefit cuts, and media outlets will continue the barrage on a city attempting to restructure.

Longer term, Detroit will still need to address the fundamental issues that brought them here.  Leaders will need to shake off the bankruptcy and reinvigorate the city to eliminate crime and create a peaceful and prosperous environment to grow new industries.  The city’s largest company, General Motors, has made a roaring comeback from bankruptcy in 2009 to make good profits and has begun adding jobs.  The same task will be difficult for the municipality, but not impossible.

Personally, I hope this is a wakeup call for leaders of municipalities across the country.  For many cities like Detroit, resources are often limited and must be deployed efficiently and effectively to foster a climate that creates growth and progress in the community.

Kansas City has made many strides in this area with the introduction of Google Fiber, revitalization of blighted communities in the urban core, and a focus on growing industries such as technology and the medical field.  But the road is long and the obstacles are many, so I hope and support leaders that take a lesson from Detroit and confront the major issues now, before their day in bankruptcy court.

For more information, schedule a meeting by clicking below, contact Patrick Amey –pamey@makinglifecount.com, or call (913) 345-1881.