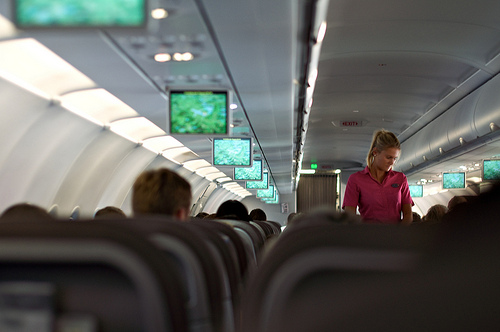 For Peggy Schmidt, Senior Portfolio Administrator at KHC, her turning points were pretty typical of most of us until a global disaster changed her career.  Turning points are those major events in your life that forever alter your course.  They are often driven by a personal decision and have lasting effects on your career and financial situation.

Peggy’s first turning point came when she graduated college and accepted a position as a flight attendant for Northwest Airlines.  As this was her first job, Peggy grappled with the changes that come with being an adult.  It was during this time that she learned how to budget and live on her own.

Next, Peggy met, fell in love and married Fred Schmidt.  Now part of a twosome, Peggy once again adjusted to her new situation.  The pair decided to combine their finances, which meant they now had joint credit.  Happily, they soon bought a home and settled in.

On September 11, 2001 the world was transformed by a series of terrorist attacks in New York City, Pennsylvania and Washington, D.C.  As a result, the airline industry took a sharp downturn and Peggy was forced to change jobs quickly.  She took a position as an administrative assistant at KHC Wealth Management, intending only to work there temporarily until she decided her next career move.  As fate would have it, Peggy transitioned into a client service role at the firm and she had found her niche – she loved working with clients to help them manage their financial resources and realize their goals.  She decided to take the necessary coursework to become a Registered Paraplanner® for the role of Portfolio Administrator.  And the rest is history!

This is one story of our “turning points” from the staff at KHC.  We welcome you to comment to this post and share some of yours.