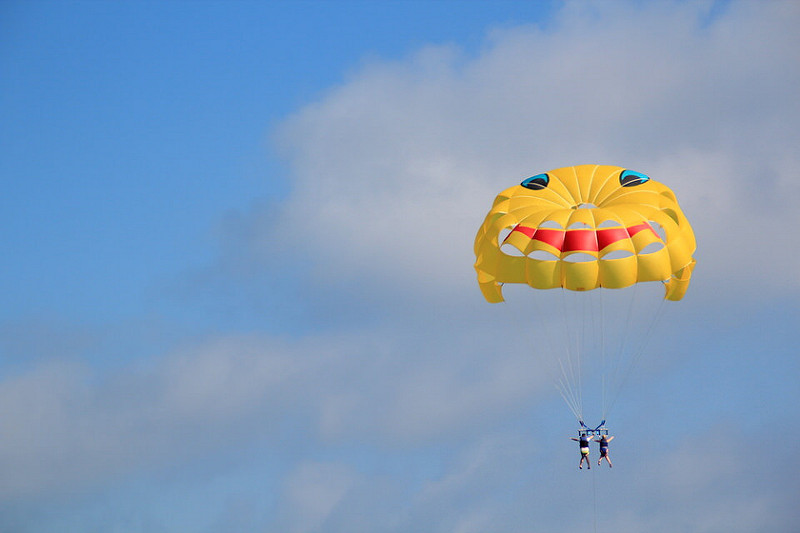 What is a golden parachute?

Golden parachutes are severance and other compensation agreements that protect key employees from the effects of a corporate takeover or change in control. Payments under golden parachutes are triggered by a change in ownership or control of the corporation. They provide key employees, whose employment is often terminated as a result of a takeover or change in control, with either continued compensation for a specified period following their departure, or a lump-sum payment, or some other negotiated benefit.

Under IRC Section 280G, “parachute payments” are any payments:

Example(s): Lee is an officer of XYZ Corporation and his base amount is $100,000. A payment of $400,000 that was contingent on a change in the ownership of XYZ Corporation is made to Lee on the date of the change of ownership. The payment is considered a parachute payment because it is at least three times Lee’s base amount. (3 x $100,000 = $300,000). If the payment amounted to only $299,999, however, the payment would not be viewed by the Internal Revenue Service as a parachute payment (because the payment didn’t equal or exceed three times Lee’s base).

Caution: The term “parachute payment” also includes any payment in the nature of compensation to (or for the benefit of) a disqualified individual that’s made pursuant to an agreement that violates a generally enforced securities law or regulation. These payments are not included in the three-times-base amount test–they are parachute payments regardless of whether that test is met, and regardless of any change in control or ownership of a corporation.

In the nature of compensation

Generally, all payments that arise out of an employment relationship or are associated with the performance of services are considered to be payments in the nature of compensation. These payments include wages and salary, bonuses, severance pay, fringe benefits, transfers of property, pension benefits, and other forms of deferred compensation.

Tip: The “disqualified individual determination period” is the 12 months prior to, and ending on, the date of a change in ownership or control of the corporation.

A highly compensated individual is a member of the group consisting of the lesser of the highest-paid 1% of the employees of the corporation or the highest-paid 250 employees of the corporation. However, an individual is not considered highly compensated unless he or she has compensation in the year the change in control occurs of at least the amount described in IRC Section 414(q) ($120,000 for both 2016 and 2015).

Whether an individual is an officer is determined on the basis of all the facts and circumstances. However, no more than 50 (or if less, the greater of 3 employees, or 10% of employees) are treated as officers for this purpose.

Change in ownership or control

In general, a payment is also treated as contingent on a change in ownership or control if the following conditions exist:

Examples of events that are closely associated with a change in ownership or control include:

Tip: If an employee has a vested right to receive a payment in the future, and the payment is accelerated as a result of a change in ownership or control, only the excess (if any) of the amount actually received over the present value of the future payment is treated as contingent on the change. In certain instances, even if a future payment is not accelerated, a portion of the payment may be treated as contingent on a change in ownership or control if the right to the payment becomes vested as a result of the change.

Because the parachute provisions are aimed primarily at publicly traded companies, these provisions do not apply to payments made by small business corporations and certain others. Specifically, the term “parachute payment” does not include any payment to a disqualified individual from:

If the individual establishes (by clear and convincing evidence) that certain payments are reasonable compensation for personal services to be rendered on or after the date of the change in ownership or control, these payments are also excluded from the definition of parachute payment (and are not included in the three-times-base amount test).

Caution: Severance pay and payments that are parachute payments as a result of agreements that violate securities laws or regulations are never treated as reasonable compensation.

What are the tax consequences?

An excess parachute payment can be reduced by any portion of the payment that the individual establishes (by clear and convincing evidence) is reasonable compensation for personal services actually rendered by the individual before the date of the change in ownership or control. Reasonable compensation is based on the facts and circumstances of each case. Factors relevant to the determination include the following:

The following example illustrates how an excess parachute payment is calculated where a disqualified individual establishes that a portion of the payment constitutes reasonable compensation.

Why would an employer want to use golden parachutes?

Example(s): Toy Shop, Inc. employed Bob Smith as a top executive. Because the company was very profitable, several international corporations expressed a desire to buy Toy Shop, Inc. Smith feared that he’d be left without a job if the company accepted one of the foreign offers, so he asked the officers of Toy Shop, Inc. to pay him a large bonus if the corporation got sold. This bonus would amount to three times his average annual salary.

This information was developed by Forefield, Inc. an independent third party. It is general in nature, is not a complete statement of all information necessary for making an investment decision, and is not a recommendation or a solicitation to buy or sell any security. Investments and strategies mentioned may not be suitable for all investors. Past performance may not be indicative of future results.  Prepared by Broadridge Investor Communication Solutions, Inc. Copyright 2016.