Lessons From the Plan Come True… Royals in the World Series 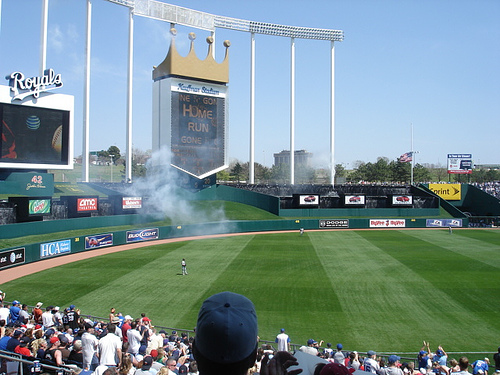 We all know it can be hard to stick with a plan against all odds – whether in sports or life.  It’s been an unbelievable three weeks in Kansas City.  The Royals have just swept through the playoffs to get to the World Series!  For many of us in Kansas City, we never thought we’d see this day again.  I’ve lived in KC for 25 years, and the royals had 2 winning season up until this year.  It’s not just that they weren’t’ in the playoffs, they weren’t even close.

For those outside the community, the Royals might seem like an overnight sensation.  However, this couldn’t be further from the truth.  They are in the World Series due to having a plan, executing it, modifying it as things changed, and sticking to it through tough times.  Hmmm, doesn’t that sound an awful lot like personal financial planning? Think about it:

General Manager Dayton Moore was hired over eight years ago, armed with a plan and apparently a commitment from the owners to support that plan.   He focused on building from within and finding athletic players.  He had to be a bit creative so he invested heavily in international scouting, which provided stars like Yordana Ventura and Salvador Perez.  Moore chose a few years back to trade a payer he felt he couldn’t afford for younger, inexpensive players – shortstop Alcides Escobar and American League Championship Series MVP Lorenzo Cain.

This is much like building your financial plan and regularly assessing what you need to do to be successful.  Have you clearly outlined your goals and built a plan to get there?  Once you met these goals, perhaps you’ll find you don’t need the most expensive “Thing” – whether it be car, house, furniture, etc. – but rather you can find perfectly suitable alternatives.   Continuous investment – where you save consistently and invest to build your wealth, rather than merely spend, sets you up for a better chance of success.

Royals’ Moore made another trade two years ago for James Shields and Wade Davis.  I believe he did that for two reasons: 1) to get additional starting pitching as his plan to build it all from within did not completely work and 2) to bring a winning culture and attitude to the Royals.  They needed to break the cycle of a losing mentality.  Earlier this year he and management stuck with players who were underperforming.  Halfway through the season when they had a losing record, the Royals chose not to trade talent and veer off plan.  They stuck with it.  I admit I didn’t’ believe earlier this year that they’d make it to the playoffs.   Apparently discipline, perhaps what some would call stubbornness, pays off!

Same goes for our financial plans. There will be occasions when we need to adjust our plans due to changing circumstances.  You don’t trash the plan, you adjust and move forward.  You must have the resiliency to stick with it though tough times in the market, obstacles in your career, and trying family situations.  Ask yourself – “Do I have a winning attitude about my finances?”  Do you and your spouse have a winning culture?  Do you communicate about your financial situation and adjust as necessary?  Do you make decisions with your goals in mind rather than making rash, ill-advised choices?

Have dreams, goals and a plan.  Then have the discipline to execute and modify through the years. Build a winning culture.   It’s been a winning formula for the Royals and it can be for you too!

For help taking the first steps in your own planning,

schedule a meeting by clicking below, contact Joni Lindquist –jlindquist@makinglifecount.com, or call (913) 345-1881.