More on Building a House: Heating and Air Conditioning Systems 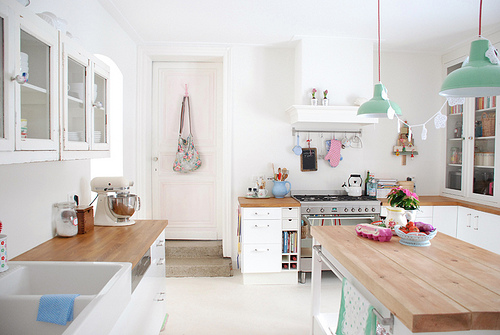 I’ve learned quite a bit about various heating and cooling systems (HVAC) recently.  The financial advantages, that is the cost of various systems compared to the benefits (tax credits and utilities savings) derived from these more expensive alternative systems is questionable.  Here’s what I found:

We looked at the builder’s standard HVAC system which is 92% efficient, and has a SEER (seasonal energy efficiency ratio) 13 rating.  SEER ratings are kind of like miles per gallon.  Higher SEER ratings mean more efficient operation.  A 13 SEER rating is what was included in the building contract specifications.  We compared the price increase and annual utility savings estimates between the builder grade and the purchase of a 96% efficient, SEER 16 system.  The difference in cost exceeded $5,000 and the utility savings between the 96% and 92% efficient systems would take almost 20 years to recover in our analysis of the data.  We are still waiting to get a quote on the middle-of-the-road option which is a 95% efficient, SEER 15 system but were told by the contractor that there was little difference in cost or benefit.

We also considered a Geo Thermal system.  With a Geo Thermal system, according to the estimates provided to us, the substantial initial cost difference (over $30,000 after considering the 30% income tax credit), would take over 16 years to recover as compared to the builder standard system.  This system could be expected to last upwards of 25 years or longer.  We seriously considered this system type, thinking it might make sense over time since there are substantial utility savings over typical forced air systems as well as certain benefits derived by not having hot dry air blowing around on everything.  We liked the Geo Thermal option a lot but couldn’t make the math work.

It turns out our present home is much less efficient than the new one we are building so when comparing benefits against our current systems, we could see a more rapid payback, but against the new home’s expected utility costs, well, not so much.  There is a lot to be said for high quality windows in a modern, well-insulated, efficient house.

No one really talked much about it, but I suspect new Freon-like product will be much more expensive than the Freon being used today.  This will probably raise the operating expense of a traditional HVAC system but no one really discussed that.  It is certainly a factor in whether one would consider Geo Thermal systems that use a glycol-like product.

None of the HVAC companies that prepared quotes for us included loss-of-use-of funds in their calculation of cost/benefit.   In fact this was the deciding factor.  When I considered sinking the extra $30,000 cash it would take to purchase a Geo Thermal system, I realized I could make up much of the utility savings by investing rather than spending the fund even in today’s investment world.

At the end of the day, if we could have parted with an extra $30,000 and not considered loss of the use of the funds, a Geo Thermal system would have been our first choice.  We settled on a combination of two systems.  A more efficient system for the main level and the builder standard for thelower, less used level.