Perceptions are Reality in Leadership, Too 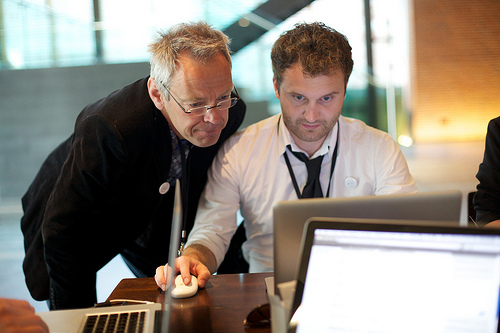 See, it isn’t what we intend – it is what is perceived by those we lead. Not dissimilar to customers – it doesn’t matter what we think about our company, brand or product – it only matters in how we are perceived by our customers. The same holds true for leadership.

One recent client we worked with in a coaching engagement dealt with this. When leading small teams, his people got to know him well and he could communicate one-on-one with them. But in a new role leading a start-up organization, however, he no longer could have a one-on-one relationship with all his employees as the team grew exponentially. His intention – to be a leader who set high standards, engaged the team in the vision, and held people accountable – came across instead as a micro-manager who had all the answers, who picked favorites and created poor morale. The disconnect? Intention versus perception of those he managed.

So we worked to align his intention – to create a team of highly motivated, high performing and productive employees who meet/exceed objectives – with his actions. These actions started with improving his communication skills – both listening and talking (consistent messaging). His introverted thinking style and enthusiastic communication style often made it seem to others that he “had the answer” when in fact he was seeking input from his team. To change this, he began to wait for others to speak before talking at meetings and really listening to what others were saying. He opened up his thinking a bit earlier in the process so that others could participate when it was clear the answer wasn’t already determined. He still drove to results, but his team felt more empowered and valued with the new approach.

People you lead don’t care about your intentions – they respond to your actions. Do you know what the people you lead really think of you? What are your actions, not your words, saying to them? Perception is reality, and you can’t lead people who don’t want to be led by you. Make sure you know if your intentions are aligned with your team’s reality – their perception of you.

For help building your own leadership skills, schedule a meeting by clicking below, contact Joni Lindquist –jlindquist@makinglifecount.com, or call (913) 345-1881.