Social Security – Some Facts You May Not Know 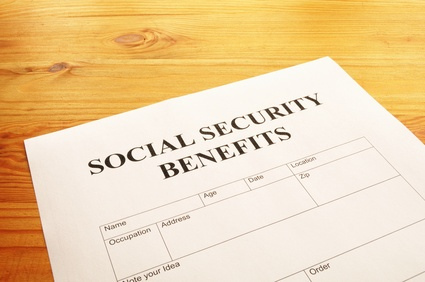 The Kansas City Star published an article, What you think you know about Social Security could be wrong recently that outlines some facts about the Social Security program.

I thought the piece pointed out some good information, and one questionable opinion.  A few key facts that I felt worth repeating were:

The KC Star article also quotes AARP president Robert Romasco to say “Chained CPI is a bad idea.”  Chained CPI is a proposed modification of the index that determines the cost of living adjustment (COLA) on Social Security benefits.  It is supported by both President Obama and Republican lawmakers.  It is generally believed by those who wish to change the current index, that the Consumer Price Index for Urban Wage Earners and Clerical Workers (CPI-W), is not representative of the majority of seniors or even consumers in the U.S.  According to the Heritage Foundation, urban wage workers and clerical workers only make up 32% of the U.S. population, and the numbers focus on working individuals, not retirees.

“Chained CPI” uses a much broader inflation measure as its base (CPI-U), and then attempts to account for the substitution effect when prices of certain goods rise.  It may not be perfect, but it is an attempt at updating the cost of living index to something that uses a broader sample of the habits of the U.S. population.

The AARP’s argument against adjusting the index seems to be based on the fact that any modification may reduce the amount of future increases seniors may receive. While this may be a thinly veiled attempt to protect their membership, I believe adjusting an outdated index is a more responsible choice for the long-term health of Social Security.

For help with specific questions about your retirement income, schedule a meeting by clicking below, contact Lucas Bucl –lbucl@makinglifecount.com, or call (913) 345-1881.