The British Are Leaving! Why the Brexit Matters to Investors 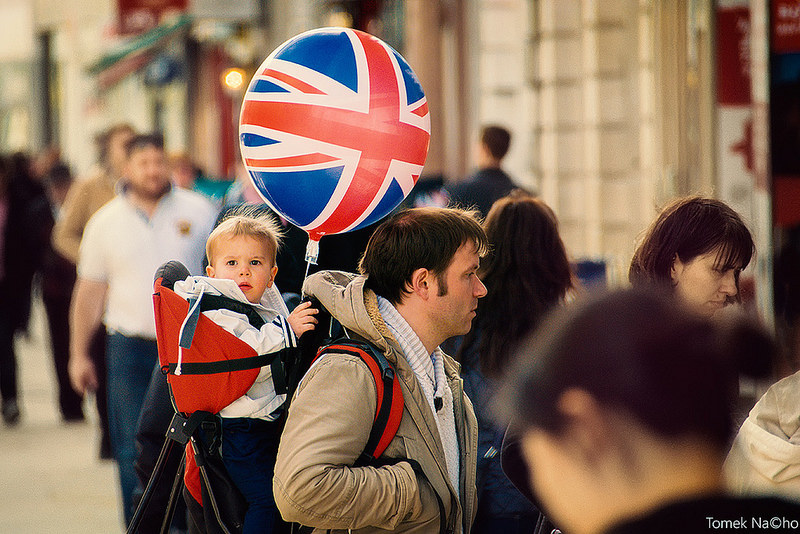 On June 23, citizens of the United Kingdom (England, Scotland, Wales, and Northern Ireland) voted to leave the European Union by a margin of 52% to 48%.1 Though pre-election polls suggested that public opinion was evenly divided, when the election results became clear, financial markets around the world reacted swiftly to concerns about potential economic ramifications of a British exit—or Brexit—from the EU.

On June 24, the British pound plunged more than 10% against the dollar to its lowest point since 1985, before recovering slightly to settle nearly 8% lower at the end of the day.2 European stocks suffered the worst sell-off since 2008, with the Stoxx Europe 600 Index tumbling 7%, and the Japanese Nikkei Index posted a one-day drop of 7.9%.3–4 In the United States, the S&P 500 Index fell 3.6%, reversing
year-to-date gains.5

Here’s an overview of the economic issues surrounding the Brexit, and what this historic decision could mean for the United Kingdom, world trade, and international investors.

The EU and the Referendum
The European Union was formed after World War II to help promote peace through economic cooperation. Over time, it became a common market, allowing goods and people to move freely around 28 member states as if they were one country. The U.K. joined the trading bloc in 1973, when there were only 9 member states.

In 2012, Prime Minister David Cameron rejected calls for a referendum on EU membership but later agreed to hold one if the Conservative party won the 2015 election.6  The leaders of all five major political parties campaigned to remain in the EU, including Cameron, warning voters that leaving the EU was a leap into the unknown that could damage the U.K.’s economy and weaken national security.7

Brexit supporters said leaving the EU allows the nation to take back control over business, labor, and immigration regulations and policies. They also claimed the money being contributed to the EU budget (a net contribution of 9.8 billion pounds in 2014) would be better spent on infrastructure and public services in the U.K.8

Economic Expectations
The negative outlook for the U.K. economy depends on the terms of trade deals yet to be negotiated with the EU and other nations. For example, the International Monetary Fund (IMF) projects that U.K. gross domestic product could decline about 1.5% by 2021, assuming the United Kingdom is granted access to the EU market quickly. Under a more adverse scenario (which assumes trade defaults to World Trade
Organization rules), the IMF projects a precarious decline in GDP of about 4.5%.9

The U.K.’s departure strikes a serious blow to the EU, which has been beleaguered by debt crises, a Greek bailout, the influx of millions of refugees, high unemployment, and weak GDP growth. If trade activity and business conditions in the region deteriorate, it’s possible that the U.K. and the EU could fall back into recession.

Next Steps
Once Article 50 of the Lisbon Treaty is invoked, the formal process of leaving the EU will begin, opening up a two-year window of negotiations on the terms of the exit. The U.K. will remain a member of the EU until it officially departs.10

The U.K. is the first nation to break away from the EU, but a larger concern is that anti-EU factions in other nations could be empowered to follow suit. Moreover, Scotland could seek independence from the U.K. in order to remain in the EU, and Northern Ireland might consider reunification with the Republic of Ireland.11

What About Us?
The EU is the largest trading partner of the United States, so the Brexit complicates pending trade negotiations and will require adjustments to existing agreements. It may also take time to forge new deals with the U.K.12

U.S. companies with a significant presence in the U.K. could take a hit. With the British pound weakening against an already strong dollar, U.S. exports become more expensive, reducing foreign sales. The U.S. economy is not as vulnerable as the EU, but the U.S. Federal Reserve may be more likely to delay its decision to raise interest rates until the consequences of the Brexit on U.S. and global markets can be assessed.13

Brexit-related anxiety could continue to spark market volatility until the details are finalized and the economic fallout is better understood, possibly for several years. Having a sound investing strategy that matches your risk tolerance could prevent you from making emotional decisions and losing sight of your long-term financial goals.

Investments are subject to market fluctuation, risk, and loss of principal. Investing internationally carries additional risks such as differences in financial reporting, currency exchange risk, as well as economic and political risk unique to a specific country. This may result in greater share price volatility. Shares, when sold, may be worth more or less than their original cost. The performance of an unmanaged index is not indicative of the performance of any specific security. Individuals cannot invest directly in any index.

This information was developed by Forefield, Inc. an independent third party. It is general in nature, is not a complete statement of all information necessary for making an investment decision, and is not a recommendation or a solicitation to buy or sell any security. Investments and strategies mentioned may not be suitable for all investors. Past performance may not be indicative of future results.  Prepared by Broadridge Investor Communication Solutions, Inc. Copyright 2016