The Winning Formula: For the Royals and Your Finances 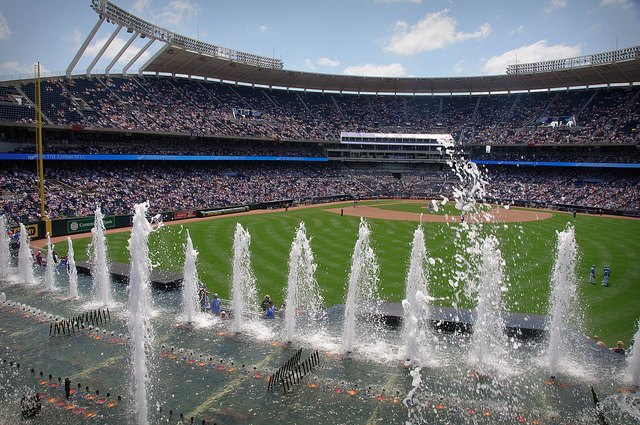 We all know it can be hard to stick with a plan against all odds – whether in sports or life.  As of this writing, the Kansas City Royals won’t make the playoffs this year.  However, that shouldn’t diminish what they have accomplished over the last two years – two American League pennants and a World Series championship.   This success stems from having a plan, executing it, modifying it as circumstances change and sticking to it through tough times. Hmmm, doesn’t that sound an awful lot like personal financial planning? Think about it:

General Manager Dayton Moore was hired more than ten years ago, armed with a plan and a commitment from the owners to support that plan.   Yet he faced constraints as a small market team with a smaller budget.  He focused on building from within and finding athletic players.  He had to be a bit creative such as investing heavily in international scouting, which provided stars like Kelvin Herrera and 2015 World Series MVP Salvador Perez.

Just like Dayton Moore and the Royals, most of us face constraints, including financial roadblocks.  Everything we want may be beyond our financial resources.  The best way to handle this is to commit to an on-going financial planning process.  This process includes identifying your goals and objectives, prioritizing your “wants,” and developing and executing a long-term plan. This long-term plan has short-term tactics, such as a spending plan to stay on budget to save for higher priority goals like retirement, education funding, travel, or a larger home.  Like the Royals, you may need to get creative, perhaps clipping coupons, or keeping cars for 8 or ten years rather than buying new ones, or packing your lunch for work.

It may be hard to remember, but the Royals’ climb to the top was not without struggles, and required making adjustments to the plan. Back in 2013, they traded for pitchers James Shields and Wade Davis.  Davis was originally intended to be a starting pitcher, but he didn’t do well, so the team adjusted their plan and made him a reliever.  In 2015, when closer Greg Holland sustained an injury, Davis stepped up to become merely the best reliever in the game.  Having back-up plans and adjusting has been crucial to the Royals’ success.

Your financial plan will also need regular assessments and adjustments to be successful, with back-up plans for unforeseen challenges.  For example, if you are unable to work for a period of time, having adequate disability insurance that helps pay your bills will be critically important.   It’s like having that relief pitcher ready when you need him.  Like sports, you can’t just “set it and forget it” with your financial plan.  Instead, you will need to pay attention and “pinch hit” from time to time.  You should review your investment portfolio on a regular basis to make sure your holdings are within your risk tolerance levels.  You may have to make difficult trade-offs to boost your savings plan if required.  Personal back-up plans are not just about insurance.  Your career may not be going as well as you would like.  Here too, a back-up plan is helpful to make a thoughtful, planned change to advance in your career.

While the Royals have added pieces through trades, they have also shown uncanny discipline in sticking with players like Mike Moustakas through tough times to see him come through at the most important times.  When the ultimate goal was in sight the summer of 2015, they were aggressive in adding players.  Of course, on the field they showed team resiliency that led to multiple improbable comebacks to bring home the World Series ring.

Same goes for our financial plans. There will be occasions when we need to adjust our plans due to changing circumstances.  You don’t trash the plan, you adjust and move forward.  You must have the resiliency to stick with it through tough times in the market, obstacles in your career, and trying family situations. Do you make decisions with your long-term goals in mind rather than making rash, ill-advised spending choices?  Do you go into overdrive when you near an important personal goal in order to achieve it?  Having a consistent savings plan that you stick to; and an unemotional investment strategy to take you through the down times will help set you up for success; much like our beloved home team.

Go ahead and have dreams, goals and a plan.  Then have the discipline to execute and modify through the years. Not every year will be easy, and some will not quite live up to the plan.  In the long run, though, it’s been a winning formula for the Royals and it can be for you too!  For more information, schedule a meeting by clicking below, contact Joni Lindquist –jlindquist@makinglifecount.com, or call (913) 345-1881.