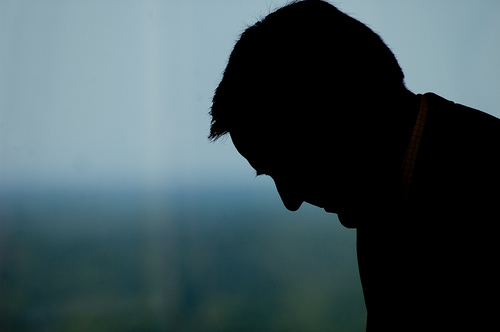 Did you ever stop to reflect on the two or three events in your life without which nothing that is today would have occurred?  I have.

The first major decision I made that dramatically affected my life was to enter the military in 1966.  I was 19 years old, immature and needed some structure and discipline in my life.  By 1970, I reached that goal but the real turning point of my military career was meeting my drill instructor (whose name I don’t recall).  I remember his message and it has guided my life ever since:  “The cost of an education is not having one!”  Paying for an education is not just a financial capital issue, it also relates to human capital.  Without a solid and substantial education, one is limited in what he or she might achieve.  Doors open with the right education and they can be shut without it.

The second major decision I made wasn’t so much my decision as it was a “small group” decision.   It is kind of embarrassing but it worked out well so I’ll share it.   I had spent nearly four years as an enlisted man in the military in the late 1960s during the Vietnam era.  After that I went back to college to complete my degree.  After I graduated, I sought a career as a commercial pilot and it occurred to me that I might consider another stint in the military, this time as an officer and a military pilot.  I passed the Navy officer training exam and was offered a slot in officer candidate school.  The girl I was dating vehemently opposed my going back into the service and threatened to leave me if I did, so I did not.  In retrospect, I probably should have ditched her and gone back to the military, but instead I pursued flying via a civilian route (pardon the pun).  Well, that girl and I did break up and my flying career in the civilian ranks eventually took me to Springfield, Missouri, where I met my wife.  Soon, we will celebrate 37 years of marriage.

The third major decision I made was to switch careers and eventually become a financial planner.  By the time I arrived in Springfield, the economy was peaking and a recession was in our future.  This recession came in 1974 and lasted through 1975.  The Vietnam War had come to an end, the airlines were deregulating and pilots by the droves were vying for flying jobs at any price.  By the end of 1974, my employer had failed and there were no flying jobs available that paid a living wage.  I attempted to get jobs selling airplanes for the aircraft manufacturers but I had no sales experience.  So, in an attempt to get that experience, a flight training student of mine (I was a flight instructor) suggested I look at life insurance sales.  I did.  This decision was the path to my career in personal financial planning.  Clearly that decision opened up the opportunities for success I would never have known as a commercial pilot.

For help with the financial issues that happen during your transition, schedule a meeting by clicking below, contact Stewart Koesten –skoesten@makinglifecount.com, or call (913) 345-1881.