What effect will the administration change in Washington, D.C. have on financial plans? 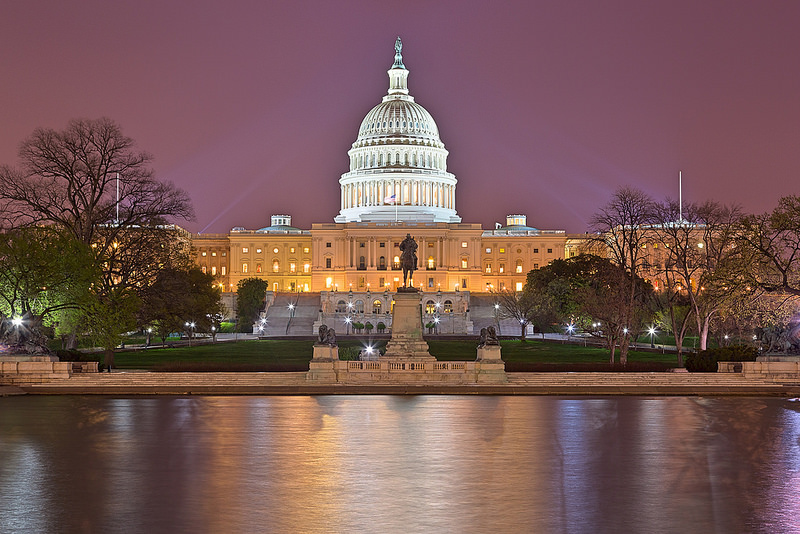 To begin with, we should understand we are currently dealing with an unknown outcome.  In fact, already just several days after the election, Mr. Trump appears to be wavering on some of his key campaign promises.  These include the border wall with Mexico, expulsion of undocumented aliens, blocking members of the Muslim faith from entering the US, and the repeal of The Affordable Care Act.  The bottom line is no one knows what will be proposed or adopted and probably won’t know until the first 100 days into his term.  That said, there are several areas of his proposed policies worth mentioning at this time.

Businesses are already having difficulty hiring talented workers due to a skill gap in our country.  The truth is, we need immigrants to come to the US and to re-train workers for the information economy. Policies on immigration could enhance revenues through taxes, could enable companies to expand production and grow their businesses.  It would likely increase birth rates in the US, keeping our population growing.  I believe, along with a strong policy on undocumented aliens, will be a renewed interest in expanding immigration for higher skilled workers into the US.

Mr. Trump wants to lower individual and corporate income taxes.  He wants to facilitate companies with dollars abroad in foreign accounts to repatriate them under favorable tax rates and he wants to invest some of those dollars, along with additional government debt, into rebuilding our infrastructure.  These are being perceived as significant growth generating steps.  These policies, if implemented, could result in improving corporate profits.  That could lead to improving stock market values.  Offsetting the possibility of positive results might be substantially higher levels of government debt.   Please understand, as exciting as the prospect for improving stock market returns may be, there is plenty of time between now and when any policies are adopted for a considerable amount of stock market and bond market volatility and even perhaps a near-term recession.  Take a long-term view on this.  At the end of the day, I believe fiscal policies to invest in our country’s infrastructure are necessary and long overdue.  Monetary policy, set by the Federal Reserve only goes so far.

Mr. Trump has already backed away from a complete repeal of The Affordable Care Act.  It would be quite difficult to simply cancel it.  He has suggested recently that he’ll keep provisions relating to pre-existing conditions and continuation of coverage for children under age 26.  There will probably be significant other changes to the plans so we will keep an eye out for changes that may affect you.

I believe Mr. Trump wants to affect change in the Social Security system for future beneficiaries.  He has said in the past that he considers the Social Security benefit a promise and he doesn’t like to break promises.  To him, it is a deal the government made.  He has said he’d be fine if people who were wealthy and didn’t want the benefit were to decline it.  What he hasn’t said was what they’d do with the contributions made into the plan.  Nothing has been mentioned about a refund of contributions for those who opt out but I would not be surprised to see it.  Mr. Trump’s “a deal is a deal” concept would suggest current retirees/beneficiaries wouldn’t have to worry about getting benefits, but younger members of the workforce would.  Again, change is likely but the outcome is unknown.  We will continue to look at this for our clients.

Medicare is going to be in the hot seat.  I believe this administration favors significantly altering Medicare, moving to a private care program.  I don’t know yet how or whether this would affect current Medicare beneficiaries or not but this is another area of unknown to watch for that could affect retirement plans.

I doubt we will see all out trade wars.  During the Hoover administration in the late 1920s, President Hoover, against the advice of more than 1,000 economists, instituted severe tariffs on international trade.  This resulted in retaliatory trade tariffs across the globe and caused a serious reduction in global growth. That mistake during the Hoover administration deepened the Great Depression.   I would hope we had learned a lesson that won’t be repeated.  We have been fortunate since the end of WWII that the dollar has been the exchange currency in the world – an outcome of being the only country left standing financially after the war ended in 1945.  Other developed and developing countries would like that to change.  Should that occur, and should the dollar be out or its effect lessened somehow, (perhaps through a basket of currencies) the results could be higher inflation with rising prices.  That could be very damaging to the US economy in the long-term.  It is not an issue at present but an isolationist agenda coupled with a lower dollar and inflation could result in a stagflation period of no growth and higher inflation.

You can see so much of these ideas are just that – ideas.  It would be prudent at this time to stay well diversified across all asset classes.  Rather than focusing on how changes in policy affect investments, consider how they affect your financial plans.  We will be on deck, keeping our eyes and ears open and we will work with you and your personal plan as we learn how the dice fall.

If you have questions or concerns any time please let us know and we will respond.  Thank you for allowing us to serve you.